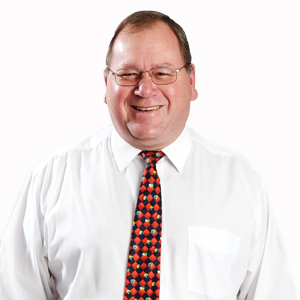 Abrie graduated with a BCom (Hons) (Acc) from the University of Pretoria in 1978 and obtained his CA (SA) in 1981. He did his articles at one of the predecessor firms of PwC from 1979 until 1981 and then joined Prima Foods as Financial Manager.

Abrie joined Prestasi Insurance Brokers (today Indwe Risk Services) in 1984 and resigned as Group Managing Director in 1992 to launch the Trustee Board Investments (TBI) group where he held the positions of group Executive Chairman or Group CEO from 1992 to 2017.